The heat is rising here quite rapidly, so to finish off our spring break holiday we made the most of the coolish temperatures and headed to Legoland Water park. We’ve already experienced Legoland and you can catch up with that adventure here.  With Dubai parks offering free parking and 30% off to all UAE residents it was a no brainer really. The cost came down from 295AED to 160AED and we saved ourselves 85AED in parking fees. Everything always feels better when you have a discount. With all of us having fair skin, we left it until after lunch and toward the end of the midday sun to go. Being Easter/spring break the park wasn’t that busy and the queues we practically non-existent. The children had a blast and especially loved the joker soaker and build a raft lazy river. We settled the kids into the joker soaker and were watching them on the slides when literally the joke was on us and the huge bucket of water tipped, emptying gallons and gallons on unsuspecting parents like ourselves. I know it was a children’s water park but I wasn’t going to be responsible for the language that left my mouth. It was freezing!!

Anyhoo it gave us all a laugh and we went off exploring, where we found the build a raft lazy river. As you go round there are big Lego brick floating in the water which you can attach to your raft. Being the competitive family we are it immediately turned in to who can sabotage each other raft the quickest.

We made a trip to wave pool, floatation jackets were available for wee Miss C and she really enjoyed it. The children found the build and race your own miniature boat area and enjoyed building with Lego in the water!!

It was time for an ice cream before we explored some more, 20AED each for ice cream wasn’t too bad, considering we’ve just come back from Disney it was a welcomed price! EPD and LPV went on few other rides that Miss C wasn’t tall enough for, so we had a mini melt down.  Then she was happy as Larry in the Duplo area with side and animals she could sit on!

At this point it was starting to cool and their poor little teeth were starting to chatter. We got dressed and headed to the new Irish Village in Riverland. It was beautiful and reminded me of the town out of Beauty and the beast. We had a yummy dinner and listened to the various live music that was on offer with stages dotted around all around Riverland. The children really enjoyed The Micheal Jackson tribute singing, I knew they had good taste in music.

With everyone tired and pooped out we caught the shuttle bus back to the car park and headed home. A great day had by all and sincerely recommend a visit before we all start melting!!

We were away for six weeks this summer, I personally thought it would drag but times just whizzed past us like it had a rocket up its bum. The summer we had planned was a very different one to what we actually had, a better one in fact. The big extravagant theme parks and long journey’s changed due to family circumstances but it was so much more fun. I decided to give the children “Our summer holidays” from when both me and expat daddy were children, ok we did have to sneak in a few soft plays due to weather but it was back to basics for most of it.

In Bristol, we donned Wellington boots splashed in puddles and went for long walks with the dog, splashing through streams throwing sticks and getting hands so sticky with ice-cream they stuck together. I love my home town, I think I appreciate more now I don’t live there, such a fun vibrant city with rural places that would take your breath away. If you haven’t been yet I suggest theez go me babber!! We brought nets and buckets and went crabbing on Cleavedon sea front, ok the crabs were quite clearly on their vacation as the buckets stayed empty but the children had a magical time. I actually have photographs of me and my sister doing this a s a children, LPV was amazed looking at them that I haven’t always been a grouchy old fart that just shouts “eat your dinner”. Chips, Ice cream and windmills on Weston-Super-Mare sea front was absolutely baltic but It didn’t stop us building castles and seeing if we could dig down ALL the way to Australia. We touched snakes, fed goats, fed ducks, held chickens, got dirty and played in the garden until dinner was ready.

In Ireland, we spent hours watching miniature trains in Clonakilty model village, our Wellington boots filled up with water at Inchydoney beach. At aunty Mary’s farm in Schull West Cork, we met cow’s, Chessy the horse and 5 dogs chased us around the garden. The children picked carrots for dinner from the garden, now believing for themselves that veggies DO NOT come from the supermarket. Got crisps at the pub in Crookhaven and raced the whole beach at Barelycove. West Cork in Ireland is just spectacular, so beautiful I want to live there. When we drive the journey down I just think about all the history buried deep within all the stunning mountains and the fresh air will put you in the deepest sleep imaginable…………We went to the fairground during a mini break to Co.Waterford the children went on their first roller coaster and gave granny a fright when LPV did the bungee trampoline. We went to Fossets circus and seen acrobats, men juggling fire and a very funny clown. I breathed a sigh on relief when they decided they didn’t like candy floss but then ended up finishing off myself!!

We caught up with friends, made brand new ones, strengthen the bonds with our cousins and play fought with granddad in the garden, made ramps out of wood for cars and had endless picnics.

We have made so many beautiful memories that I hope the children will remember and hopefully pass on to their own children one day. They’ve learned so much like how to drive a tractor, got experience the most beautiful scenery which I know they won’t care about now but maybe in years to come it will trigger a bit of nostalgia for them when they return again.

How was your summer? 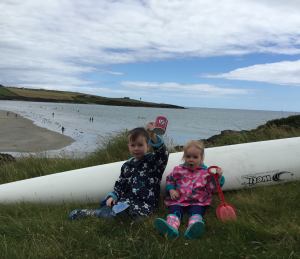 Inchydoney beach getting our Dubai 92 mug shot in 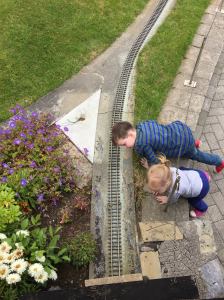 Keeping an eye on the Irish railway 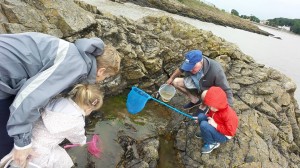 Thats what wellies were made for 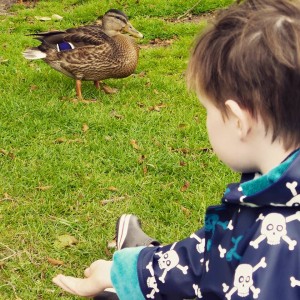 The mugshot in beautiful Schull

I was boy fan, boys were all I knew, I wanted 3 children all boys. That was until the sonographer told I was having a girl, from that moment I was super excited about a mini me……and she is!! No-one on this earth can prepare for what it’s like having a girl. Watching most of my Mammy friend when LPV was a wee bub I was stunned at how different their girls behaved. Not saying in any way they were badly behaved just it was just a whole different ball game, with a pink one!!

It’s after you have your own girl that you will truly understand, so I thought I’d share some differences I’ve found raising a girl after a boy….These are all my own opinion and I know two children are never the same.

Miss C never slept  properly for a whole year, having LPV who seemed love his bad as much as I love mine. She would lure you into a false sense of security, being cuddled in, you try to move in various positions to test her level of slumber. She was asleep until she heard the creak of the door, then all hell broke loose. Luckily she’s the best sleeper ever now, however there was point in my life I didn’t think I’d ever sleep again.

I will never be one of these mammies that doesn’t want too much pink in the house, or won’t let her play with Barbie as she’s not realistic, she has dolls but she’s also surrounded by cars,trains etc and I will never stop her from playing with anything. Children do not think in that way so why are we putting all our issues on them? They don’t see colour, size or wealth they just see. However I can not believe the instant attraction Miss C has to all thing pink and sparkly “pretties” is what she calls them. It’s like moth to flame and if you want to try to stop her, be my guest. It’s like she is pre programmed towards it, especially Peppa pig……….god I hate that pig.

Oh lord I’m not saying she spends hours looking in the mirror, however she will trow a wobbly if she doesn’t like the outfit I’ve picked. If it’s a dress she will twirl in front of the mirror, running her hands through her hair. I love to watch her. Mind you she’s also the first one to get said dress soaking wet with the hose or play in the dirt. Which is what I love about her. I am trying to avoid nail painting etc for as long as possible and just let her be. She actually has her own salon in the living, she’ll pull up her stool from her piano play with your feet then jump up and should “finished”

OMG the drama, deciding she’s had enough of walking and will just sit and cry in the middle of the mall until someone picks her up. Tantrums in the supermarket, dropping her dummy next to her feet and standing there pointing at it and crying. To a certain extend daddy falls for the drama as she his princess. With me…….I invented the drama, so she gets told to get on with it, she shrugs her shoulders and gets on with it.

Little girls are very loving, as too are little boys. However I don’t remember LPV just coming up for a random hug. He always would when he was tired or upset but usually he was so busy with what he was doing. Miss C will stop what she’s doing and ask for a hug. She’ touch my face while I’m brushing her teeth randomly kiss me. I am very lucky to have very tactile children, they’re super friendly and love affection. LPV is getting a bit anti mammy kisses as being 5 is very cool….

I love the differences between them, two children is hard work and some times these two wonderful wee personalities clash and all hell breaks loose, this is what I get up in the morning for, this is what makes no two days the same. This is why I became a mammy

Love you both to the moon and back.xxx