Yesterday LPV and his wee bud S went to see Elmo makes music at the Madinat theatre Dubai. I really love the theatre and LPV is begining to aswell, the madinat theatre has a cosy homely feel to it too, so you can lose yourself in its surroundings, it’s almost like being a theatre at home. Except when you come out your face melts off!!

The show was fantastic, colourful, engaging, fast paced, with all your favourite characters from the show. Bert and Ernie opened the show, the Count, (ah ah ah) and Grover (my personal favourite)  Oscar the grouch aka expat daddy 😉 . And definitely not forgetting ELMO!! 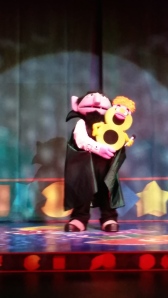 I felt like I have been catapulted back to my childhood watching sesame street on my school holiday, sat on the carpet with a chocolate biccy!! I actually think I enjoyed more than LPV.  If he had been a few years older I would have got told to be quiet as I was embarrassing him.

The show was quite interactive so I felt a bit bad as the audience  I felt, half asleep at times, it was like they needed a rocket up there arses to clap or to acknowledge the effort that had gone in to this show. However sometimes that’s quite typical of Dubai residents.

The shows theme was about music and how we can make music anytime with whatever tools we have around like your voice, feet, banging a saucepan *although I don’t think I will be encouraging the saucepan thing*. LPV is at a great age where he really soaks up information that’s around him, so I can expect a “I’m making music” response  when I tell him to do anything this week.

At 250dhs per ticket, so about 50 pounds was ok, I do think children should have paid less but  hey ho. It was worth the cash, the one thing I thought they could do without was the intermission, LPV and S we’re completely checked out after that and pretty much had a whole ant farm in their pants and wouldn’t sit still. Meeting Grover after was awesome although LPV point-blank refused to go near him and hid behind a pop up banner! 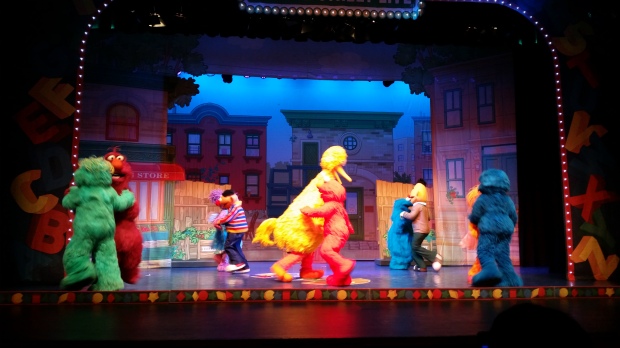 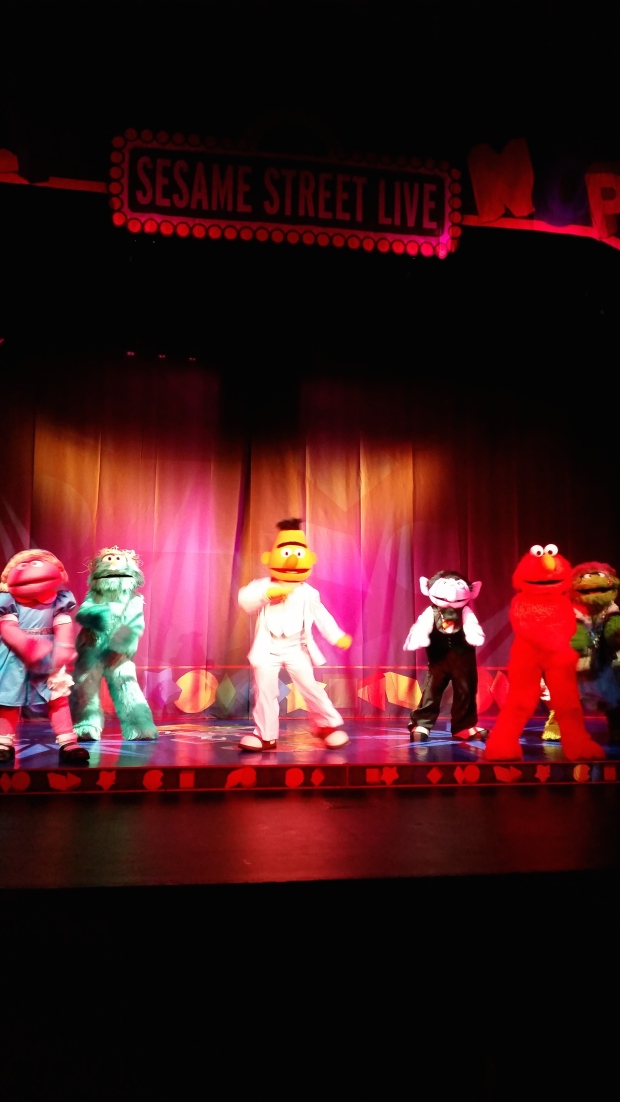 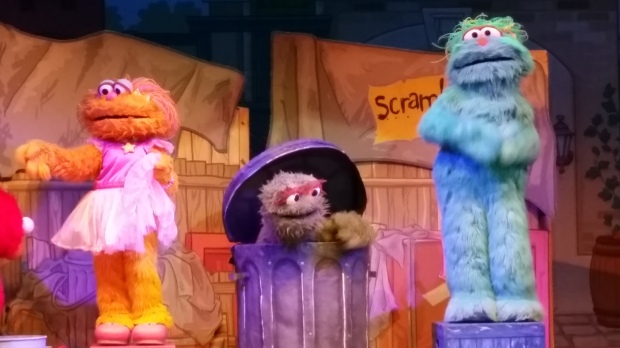 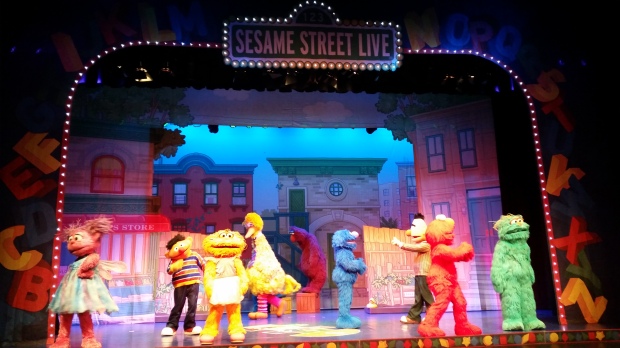