You all probably know anyway from my FB and twitter updates but last week, I was on telly *said in best Yorkshire accent*, My amazing midwife Deb has done a few appearance for a show called Studio One on the Dubai one channel. She asked me if I would like to go on with her to talk about having a baby here in Dubai and how its differs from other countries. Now as I have a wee Dutchy and a Dubai-an I was definitely qualified to do the job.

I didn’t think I just said yes, as the day grew closer I was starting to umm……poop ones self! We arrived at the TV station, I was expecting this huge building/studio kind on the Phil & Holly size but it was actually daily small, trickery of TV I guess. We went straight into hair and make up, I remember think how nervous I was and the smell of stale cigarettes from the make up artist wasn’t helping my nausea.  Tom Urquhart  was super nice and made me feel completely at ease, he told me how the interview would go and what sort of questions he’d ask. He’d mainly be talking to Deb anyway, however I was just so paranoid I was going to drop the F bomb in Dubai TV.

Once I got stuck in and started to talk it was great, nerves melted away and actually had a really awesome time, I was hoping to show you a snippet from the show but they haven’t updated the website yet! So here’s a few wee pic’s of my trip to the TV station!! 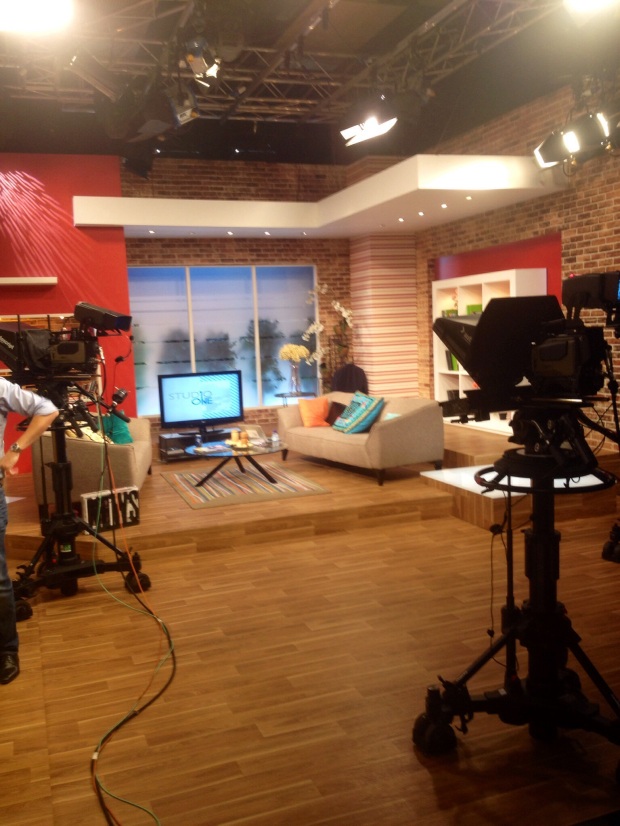 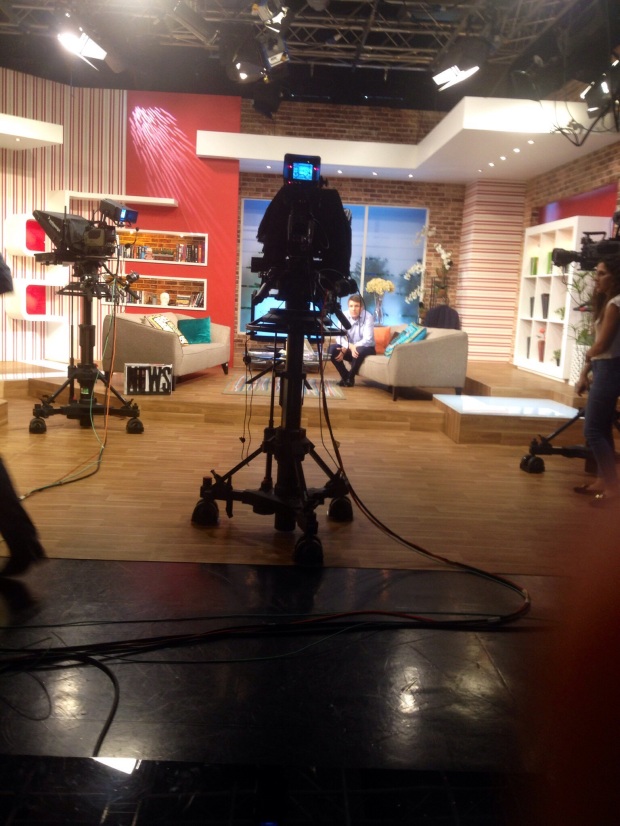