It was lovely having the run up to Christmas in the same place I would be spending it, doing a Christmas shop for yummy food. LPV having his presents on time left at the bottom of his tree from Santa. I love that we travel so much but we hadn’t spent a Christmas in our home as a family and although we missed the family we couldn’t spend the festive period with, Christmas in our own home was long overdue.

It wasn’t the perfect family Christmas I had pictured in my head, LPV was ill the week before and I thought he was on the mend but the closer we got to the special day the more down hill he got. I love him with all my heart and sympathized with him but at times he was demonic and chose Christmas time to invent a new tantrum screamy whingey pretend cry, when he couldn’t get his way, or when Santa came within 10K of him.

You see my mam, dad and aunt joined us for Christmas, so we decided to take us all on a Santa steam train ride on Christmas Eve. LPV was so excited he was going on Gorny, who pulls the express, the minute we sat in the carriage, demon child came out to play. The train stopped and we saw Santa waving, well that was it…………………………it seemed the end of the world was happening. The poor bloke was only waving through the window, LPV flipped out, started screaming hitting daddy, me, anyone in sight. It’s like a black mist comes over him, in the end I turned my back on him and let him scream it out, apologies to the other passengers.

I really don’t know for sure if it was Santa or just being 2 and a half, all I know is that on the way home he was like a different child. Like nothing had happened.

Anyway it was all forgotten and Christmas could continue according to LPV, we came home had dinner, left Santa a mince pie, whiskey and Rudolph a carrot. Not before LPV has taken a large bite of the mince pie just to make sure it was ok for him. He laid his stocking on the end of his bed and had the “night before Christmas” which all the way through was asking for spot the dog!

Christmas Day was fab, although it was quite overwhelming for him, he opened a couple of presents and the Thomas paraphernalia inside was quite satisfactory so he didn’t care about the rest, he finally finished opening them on St Stephens day.

My Christmas lunch was I can safely say “the dogs bits” and went down a storm with all. Crashed on the couch watching “room on the broom” and lots of over indulgence for all.

It was a very merry Christmas, however I do have to say, I’m sick of looking at the decorations now so at the risk of sounding to bah humbug, Christmas can do one now. I want some normality before this bub comes to turn our lives upside down 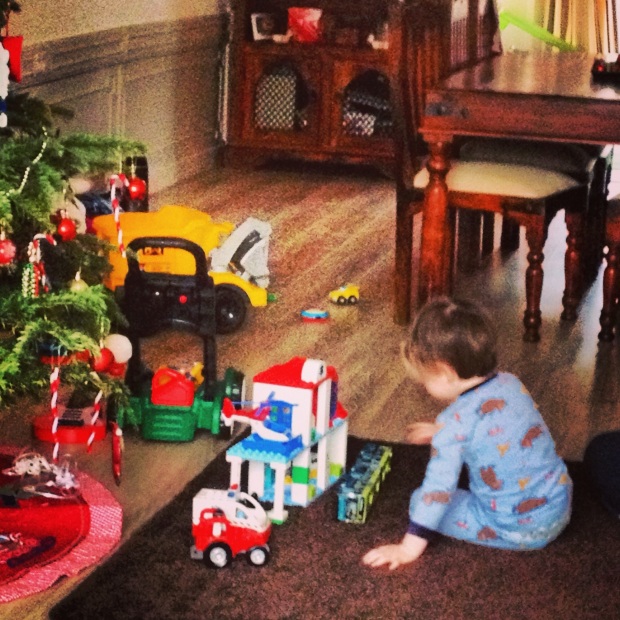 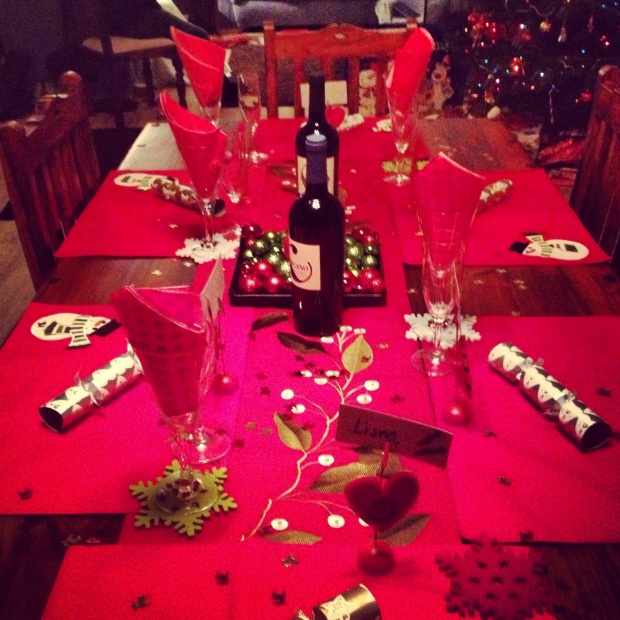 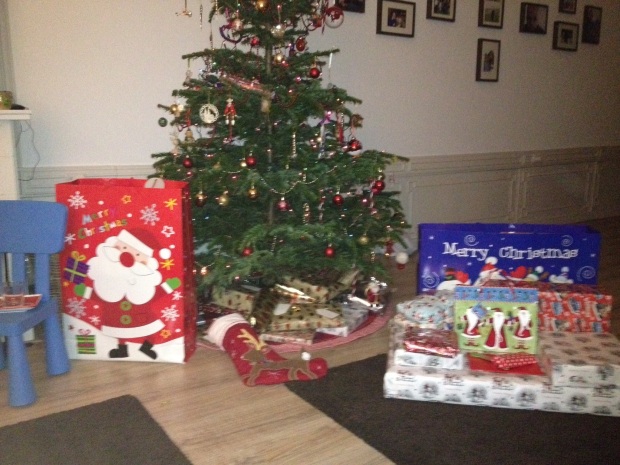 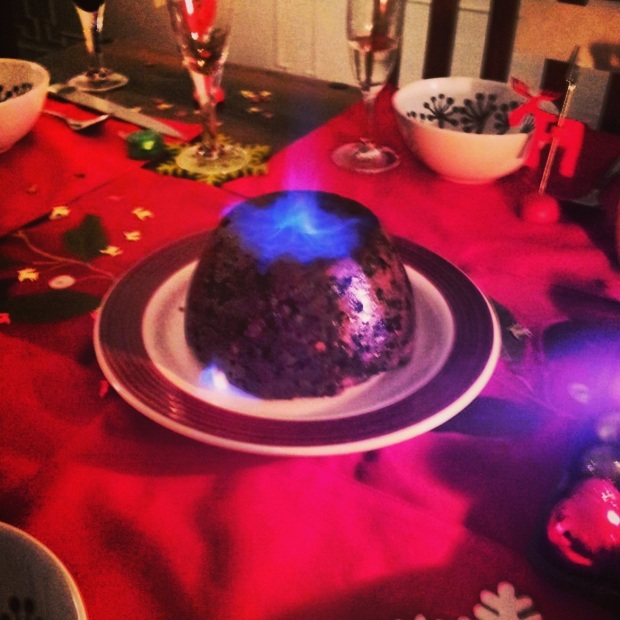 3 thoughts on “Staying home for Christmas”