Ok, so for the last couple of days expatdaddy has been in Europe on business, LPV had pretty boring day yesterday as I had a stinking headache all day (I’m trying to cut down my caffeine intake and I feel like I’m going cold turkey). So today I thought I’d treat him  to a fun time at Magic planet, anyone who’s lived in Dubai for even 5 minutes know’s that malls and such like places are a fricking nightmare on a friday, that’s why anyone with sense avoids these places and goes on a nice friday brunch to get a wee bit tipsy. Anyhoo, the place was packed full of kids of all shapes, sizes and ages hyped up on so much sugar it was an endocrinologist nightmare!!

Now I’m usually quite patient when it comes to kids, having done the jobs I’ve done but this place would have tried the patience of the “Lord” himself. I simply just don’t understand the role of the parent here in Dubai, children of certain cultures (all cultures)  just seem to run riot with complete disregard for anyone smaller, now most of the time it’s just kids being kids and you have to let it go. The way LPV seems to bash the living daylights out our TV at the moment assures me he’ll be the same, however the difference is that If I see him knock a toddler clean off his feet I would

A: Make him apologise

B: have the common decency and manners to stop playing solitaire on my iphone to check the child was ok

C: I wouldn’t even be playing solitaire on my phone ( I would be checking FB, hahahaha)

I’m not singling anyone out, Dubai is such a melting pot of cultures & nationalities people don’t think the same, they don’t raise their children the same and they certainly don’t discipline their the same and the big “maid” culture here makes it harder too. Don’t get me wrong if someone offered me a maid (free of course) tomorrow I’d bite their hand  clean off, especially given the size of my ironing pile. However it would appear that there was a very nasty case of expatbrat-itis going around mixed with lazy expatparent-itis (not all expats just some), living here has made them lose sight of real life as I’m sure back home they certainly wouldn’t have maids and they certainly wouldn’t let their children behave the way they were today.

I don’t often moan on here but when “life” affects my wee man in way I don’t like I’m going to voice my opinion, on a happier note LPV has the best present today, check it out 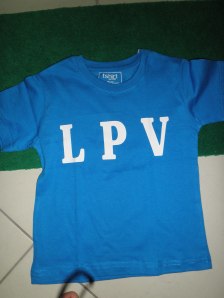 Coolest T-shirt Ever!! Thanks Aksel & Lisa

One thought on “Not so magic planet”