Over the last couple of weeks or so I’ve noticed a real change in LPV, firstly he could chat a hind leg off a donkey and 2nd, he thinks everything is a telephone!!! He’s always been obsessed with buttons, mobile phones, remote controls etc  ON off on off on off but now the remote control , the wii controller, my ipod all get put to his ear and he jabber’s away til his heart’s content. What’s wrong with this I hear you say, absolutely nothing of course, it’s actually incredibly cute, although I sometimes feel very sorry for the person at the end of his conversation as they often get a right telling off by him. It’s the fact that EVERYTHING is a phone to him, he almost had a right paddy in the playground yesterday because I wouldn’t talk to his shoe (I had to let the security guard pass by first, people already think I’m strange for talking to LPV as we going along, especially when I realise he’s actually asleep). Still I’ve spoken to Granny & Grandma on his shoe, uncle’s & aunt’s on his pyjama bottom’s & *Santy’s birdie* on his snuggly, if I wasn’t already on crazy pills I’d  be inclined to get myself to the Dr straight away. It takes on a whole new meaning to the saying it’s good to talk!!!!

He’s taking lots of steps here and there but he’s know’s he can actually get places faster by crawling rather than doing his drunken spider walk, he really is growing up too fast it’s breaking my heart, I’m so proud of him, my uncle & aunt kept telling me how amazing they thought it was that he was so good and always woke up with a smile. Now, they didn’t see him today as tantrum central but 99.9% he is good. For those off you who hate me as after reading you can probably rest assured that it will come back to bite me in the arse at some point, either during the terrible 2’s or with any other children we may be blessed with.

** Santy’s/Santa birdie: A story  my mother in law used to tell my husband when he was younger (and now, LOL) if he was being bold, the birdie would see him and go tell Santy and he would get no presents!! I might try it when he’s late home from work. Of course Santy/Santa is real just not sure about the bird!!! 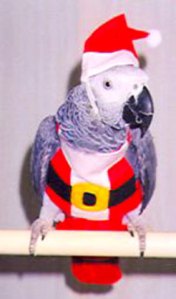